Archaeologists dug into human waste in the Paisley Caves seeking answers about the earliest Americans.

The Paisley Caves in Lake County, Oregon have yielded precious artifacts that revealed much about the early history of human habitation of the New World. Finds included stone tools which proved definitively that a culture different from the long-lasting Clovis Culture existed here before them. Cracked bones showed that humans coexisted with (and preyed upon) the camels and woolly rhinos of the ancient New World were found, and may have been responsible for their extinction.

Now, it seems that human waste left in the caves by people who lived there may be another valuable source of information for which archaeologists will be grateful, no matter how much their housemates may have resented it.

“The question of when and how people first settled the Americas has been a subject of intense debate,” Geoarchaeologist Lisa-Marie Shillito from Newcastle University in the UK told sciencealert.com.

The fewmets – animals droppings which tell hunters what prey they follow – have been studied previously, but 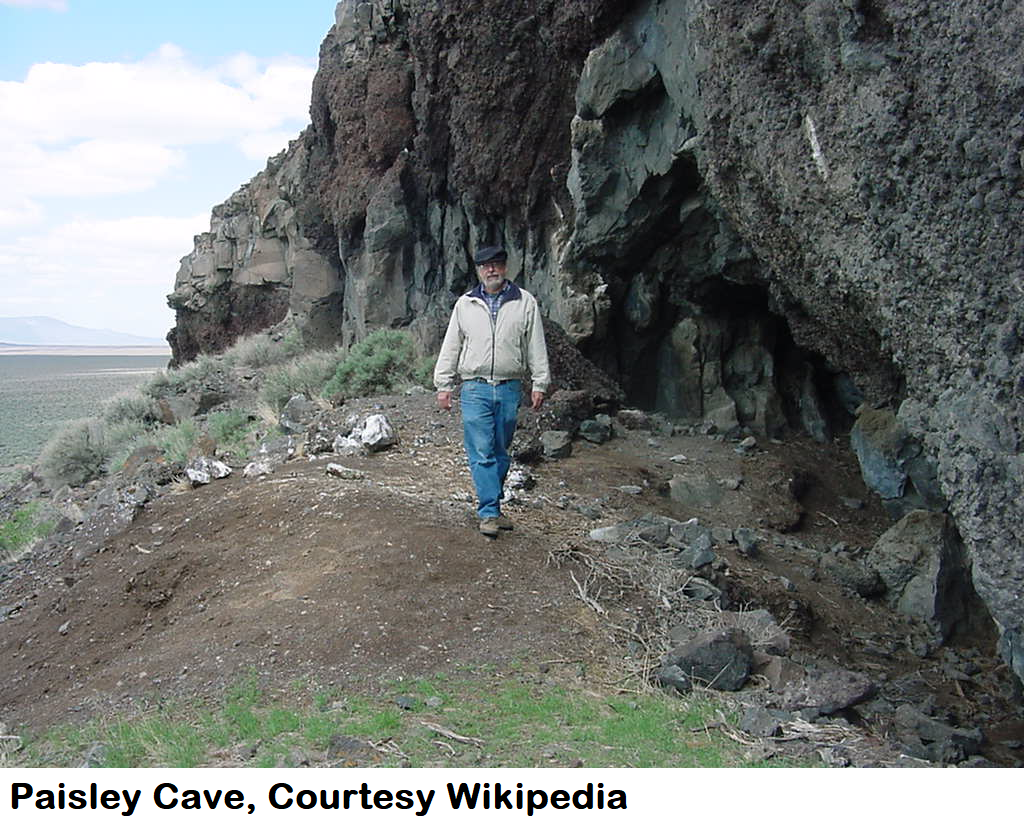 the human DNA found in them was suspect. DNA can easily contaminate objects while they lie in place or during recovery, so the fact that human DNA was found in samples 14,000 years old did not mean that a human was actually squatting there 14,000 years before. It could simply mean that a human had been in the cave 10,000 years ago and some skin flakes had sifted down to land upon some ancient wildcat spoor. However, lipids – fat globules embedded in feces – are less subject to contamination. If human-type lipids are found in the dung, it will provide a reliable human – uhm – fingerprint.

The lipid findings lined up with the DNA findings and with carbon dating of basket-making scraps found among the coprolites – petrified intestinal contents. At some point, the evidence becomes overwhelming: the cave really had been inhabited by people of a pre-Clovis culture dating back at least 14,000 years.

“So far, there has been a lot of focus on answering the when and how of how people arrived on the continent,” Shillito said. “As a result, the nature of early occupation has received relatively little attention, in terms of understanding the relationship between these early human populations and their environment. We want to know more about the people themselves. This was a time when the environment was very different and changing rapidly. We want to know how they adapted to this change, what they were eating and how this changed over time.”

You can read more about the research here.