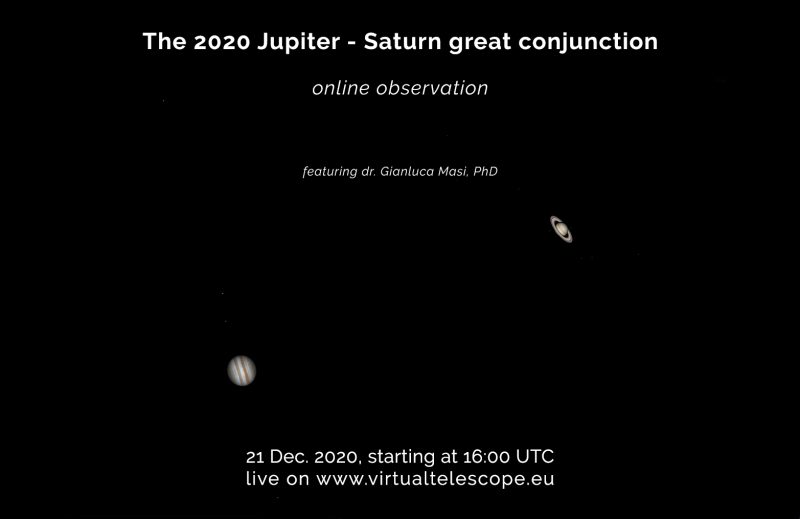 Winter Solstice 2020 is happening on December 21. It’s particularly important this time around, not just because we’ve mostly had a year from Hell, but because it includes a lunar eclipse and a planetary conjunction which you can see with the naked eye at 4:30 p.m. in the southwestern sky. So, what does this all bode for us here on the third planet from the sun?

Rosinska: This year Winter Solstice is particularly important and dramatic because of the Jupiter and Saturn Conjunction. Please tell us about the effects it creates.

Schloss: A Great Conjunction in Astrology is when Jupiter and Saturn come together to make a conjunction (like a new moon) every twenty years. Jupiter and Saturn are “social planets,” meaning they impact society/collective as a whole and not just the individuals. We look at which astrological Sign the Conjunction will happen in to get an idea of what to expect socially over the coming twenty-year cycle.

Another important feature of the Great Conjunctions is that they spend around 240 years in one element, such as Earth, Water, Air or Fire. The past 240 years, these conjunctions have been taking place in earth signs (Taurus, Virgo, Capricorn). The past 240 years have evolved in a completely new connection to all things archetypal Earth. The industrial revolution, modern materialistic science, harvesting the earth’s resources in the past forty years.

The significance of this Great Conjunction, besides it’s landing on the winter Solstice, is that it marks the transition from Earth to Air, this conjunction will happen in the first degree of Aquarius. I won’t bother you with the details but this trend towards air actually began in 1981, when there was a conjunction in Libra. In 1981 we saw the birth of the personal computer, and the early stages of developing the internet. Cell phone technology was just being thought up etc.

I believe that one of the trends we will see over the next couple of centuries are developments in communication, the virtual reality world, space exploration, and increased understanding of the invisible and metaphysical world. Aquarius is often seen as a sign of innovative ideas, humanitarian impulses and collective movements. The shadow side of Aquarius can be the fixed beliefs of people who believe they have the “right” ideas or ideals and that independent thinking or expression gets in the way of collective progress. A true Aquarian impulse is when the collective can hold a space for the individual and the individual can consider the collective. Welcome to the “Information Age.”

Rosinska: Which ways of thinking will this Conjunction favor and which will fall out of favor?

Schloss: I believe now is a time to innovate, to upgrade on a personal and collective level. Learning how to think outside the box to face the problems we face as humanity and personally. Air is much more mutable and changeable than Earth, so expect both the positive aspects of quick and sudden changes, accompanied by new insights and innovations. These changes will not happen completely, but we also need to use our minds in order to find solutions to the issues we have created over the past two hundred years.

Rosinska: How can we best utilize this time to our benefit?

Now is an excellent time to learn something new or to reorganize the structure of your life to fit your emerging self. Hopefully, this marks a shift from the heaviness and anxiety of 2020 towards a more hopeful sense of the near-future. Booking a consultation with an Astrologer can help see what area of your life this new energy is coming through.

Rosinska: Has COVID-19 been completely unexpected at this time? Or due to the past global occurrence it was bound to happen.

Schloss: 2020 was a very eventful year Astrologically, starting with another large planetary cycle conjunction between Saturn and Pluto, these Conjunctions happen about every 37-38 years and always represent times of deep turmoil, contraction, overwhelming collective forces.

I think of Saturn and Pluto coming together the confrontation with evil in the hero’s journey, the point in the story where all hope is lost. Both World Wars, the cold war and September 11th all involved hard aspects of these two planets. There were many astrologers expecting that 2020 would be a year of unprecedented challenge and hardship, a few even suggested it might be a pandemic of some sort.

The upcoming Solstice Great Conjunction can be seen as the birthing of a new world out of the ashes of the old, the end of one era and the birth of a new era personally and collectively.

Lucian Schloss can be contacted via his Facebook page: Sacred Timeline Astrology or via email:  lucianschloss@gmail.com