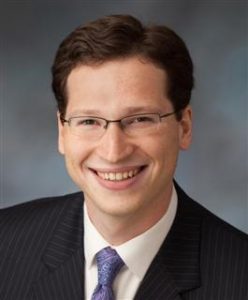 Misha Isaak is Governor Kate Brown’s general council. He is also Brown’s nominee to fill an upcoming vacancy on the Oregon Court of Appeals. He is also one of two Brown staffers the public records czar Ginger McCall specifically cites as interfering with her work. McCall has resigned effective October 12.

Isaak is the third Brown nominee from her own staff in two years.

Now, Willamette Week reports that beyond grumbling throughout the state’s legal community over all this, and more, a retired Oregon Supreme Court justice, Edwin J. Peterson, has called for the nomination to be rescinded.

“It doesn’t smell right, it doesn’t look right and it is not right,” said Peterson, according to Willamette Week. Peterson served on the court from 1979 to 1993, and was chief justice for eight years of those years. Currently, he is a distinguished jurist in residence at the Willamette University College of Law.

Both he, and the legal community are also concerned about the process by which Isaak was selected. When Oregon Court of Appeals Judge Erika Hadlock told the governor’s office that she would retire on November 1, the vacancy was not made public before nominations began – which is unusual.

Customarily, judicial vacancies are announced publicly, and are posted by the Oregon State Bar and local bar associations. Usually, there are several applicants for vacancies when they arise. But in this instance, none of that occurred. Only three applicants were considered, and only Isaak was interviewed.

While the open process for vetting judicial appointments is not legally required, it has been Brown’s general practice to follow this customary route when nominating judges.

Willamette Week also reports there had been grumbling in the legal community over Isaak’s appointment because at age 37, he has relatively little trial experience. He had only worked as a trial attorney for four years before joining the governor’s office in 2015.

“It’s a lamentable situation,” Peterson told Willamette Week. “The governor would be well advised to re-open the process and follow the procedure she’s followed again and again and again for judicial appointments.” 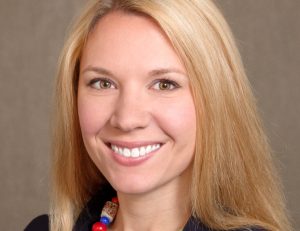 First, in January, McCall met with Brown’s general counsel, Misha Isaak – along with Brown staffer, Emily Matasar. In that meeting, McCall says Isaak told her that he was her direct supervisor – though she had always considered position to be independent.

According to McCall, Isaak went on, taking issue with a bill the Advisory Council had forwarded for the upcoming legislative session. House Bill 2431 would have required state agencies to report certain data regarding public records each year.

But McCall said Isaak conveyed his view that the bill was flawed because it did not hold local governments to the same requirements.

McCall wrote in her memo the next day after the meeting, “Misha conveyed to me that by doing that the Council had put the Governor in an awkward position of having to potentially oppose bills herself instead of relying on stakeholders and lobbyists for cities, counties, and special districts to oppose the bills.”

Toward the end of the meeting, McCall wrote, Isaak asked her to be “less ambitious, not move so fast, and recognize that I do not know about the politics or nuance of Oregon.”

Ultimately, the bill did not pass.

The second meeting was in June, with Matasar. McCall says Matasar took her to task for an email McCall sent to the Public Records Advisory Council regarding the group’s budget.

“She stated that the email made it look like I was trying to get others to lobby the Governor’s office on behalf of my office and that several unnamed people from the Council had forwarded it to her,” McCall wrote. “She said that others in her office had been unhappy with this, including Misha and that I was ‘going to’ do two things immediately: send out an email telling the PRAC that I was mistaken about the budget and add her to the PRAC email list.”

“I once again asked what role it was that the Governor’s office thought I should have,” McCall wrote. “I then asked her directly if it was her opinion that I needed to receive approval before Council proposals or reports. She demurred on this, stating that we apparently needed to have more meetings with Misha, etc. about my role.”

According to reporting by The Oregonian , a draft Department of Justice opinion states the governor’s administration does not have authority to supervise the advocate.