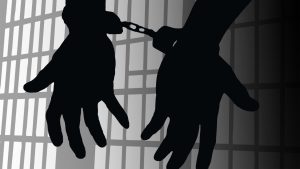 Genesis Hansen is a fourth-year Oregon State student and columnist at Orange Media Network. Some might recognize her as Juliet from her lead role in OSU’s summer production of Bard in the Quad: Romeo and Juliet. Hansen double majors in English and Philosophy, and is a woman of color.

Oregon State Police, the agency contracted by OSU for policing services, arrested Hansen in a campus-adjacent neighborhood on Sunday Oct. 13 when she neglected to show identification after being stopped for biking on the wrong side of the street. Videos from bystanders show Hansen calmly stepping back from the police before being forcibly tackled to the ground and handcuffed, at which point the crowd upheals.

“Do not touch her,” someone yells. Others comment on the physicality of the two men, who appear to outweigh Hansen 4-fold: “You are two grown men.” “You are so much bigger than her, this kind of force is not necessary.”

“She’s not complying,” one officer retorts, while Hansen remarks, “They say I’m resisting. I’m not moving.”

Hansen asks the officers not to touch her when getting permission to stand up, and attempts to stand on her own. The officers then forcibly move her back to the ground, aggressively yanking one of her legs.

Watching these videos in our newsroom with half a dozen staff, we were undisputedly appalled. Hansen showed no threat of force or noncompliance in her posture or demeanor to call for such a blatantly aggressive response. According to Oregon law, Hansen was not required to supply police her identification.

Police booked Hansen into the Benton County Jail, and she was freed on her own recognizance. She is charged with both interfering with police officers and resisting arrest. Here is the video and original reporting from the Daily Barometer.

We will be investigating the incident further, and in the meantime, call for a suspension of both police officers to ensure student and public safety.