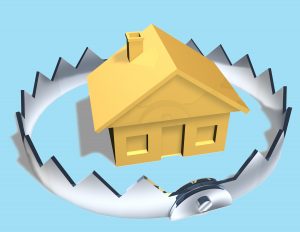 Last week, The Advocate published an online article briefly reviewing a recent report made by ECONorthwest on Oregon’s homelessness crisis. The report blames high rent and low housing production for the rise in homelessness throughout the state, calling for accelerated housing supply across price points. The report warns, “If the state continues the practice of building 63 housing units for every new 100 households formed, rents would continue to rise, vacancy rates would fall, and the effectiveness of all the following recommendations in this report would be diminished.”

When considering homelessness, many lay blame on personal circumstance — traumatic events, personal crisis, mental health and addiction challenges — however, the report shows that available affordable housing (or lack thereof) correlates to increased occurrences of homelessness across the nation. The report references economists John Quigley and Steven Raphael, who estimated that a 10 percent increase in rent leads to a 13.6 percent increase in the rate of homelessness. The report’s own analysis indicates “median rents across U.S. states explains 43 percent of the variance in rates of homelessness in 2017.”

150,000 Oregon households are at risk of becoming homeless due to high rent burdens, according to the report. Median rent is reported as $1,051 in Corvallis, per the Department of Numbers website. The average age of Corvallis residents is 27. Census data shows the average income at $46,285 (which includes the city’s affluent) between 2013 and 2017. Now, with all these numbers in mind, let’s speak to my experience as a low-income, Corvallis renter…

I am 27. My rent is higher than average and will likely increase with each new or renewed lease. My income is under two thirds of the so-called average. Without a roomate, I simply couldn’t afford my rent, already living paycheck to paycheck and maintaining little to no savings. Soon, I’ll be looking for new housing (or renewing my lease), as will countless other renters. For those of us with pets, our options are limited. We will face application fees and move-in costs upwards of $3,000. Many of us won’t get our first, second, or third picks and will go through maybe a handful of tours and interviews. Some of us won’t make the cut and be forced out to surrounding cities, or even back from whence we came. From the looks of this report, some will be forced onto the streets.

Let me be clear: I am in no way saying that I understand the experience or the threat of homelessness. But as a renter, the figures and future projections in this report are terrifying. They compound on my already extreme stress levels when thinking and planning for my next move. For the sake of those already forced out of their homes due to housing costs, I implore state and local leaders to step up and act according to the report’s urgencies.

ECONorthwest is a consulting firm with offices in Oregon, Washington, and Idaho.