Child Abuse Awareness on the Rise 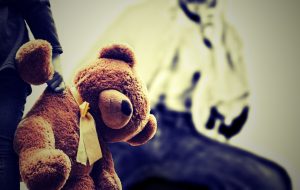 In May 2019, the Child Welfare Data Book for 2018 was released by the Department of Human Services. Benton County was reported to have 103 founded cases of child abuse in 2018. The number appears to rise from 85 founded cases in 2017, however is lower than in 2016, with 110 cases of founded child abuse. Quarterly reports show 31 cases between April and June of this year.

While physical and sexual abuse most frequently come to mind, it is interesting to note that the highest rates of child abuse are often neglect and threat of harm. Threat of harm as defined by Oregon Revised Statute (ORS) 419B.005 as “subjecting a child to a substantial risk of harm to the child’s health or welfare.”

Within Benton County there are several organizations that help to advocate for children throughout the process of the child abuse investigation and the duration of the court case for each child.

The ABC House, a child abuse intervention center serving Benton and Linn counties, works closely with child abuse investigators, such as law enforcement, to help identify child abuse when it occurs and connect children and families with the resources they need. The ABC House offers a child abuse assessment that can take anywhere from two to four hours depending on the child and includes Medical Services, Forensic Interviews, Family Support, and Referral Services.

Jennifer Gilmore-Robinson, Executive Director of the ABC House, said, “Last year, we served 689 children and their families through our child abuse assessment program. Approximately half of those were children seen on site for assessments at ABC House; our physicians served the others through after-hours medical consultations, including photo consultations of suspicious physical injuries in children, or the coordination of drug testing for children exposed to illicit substances. We also served 63 children and their families through our counseling program. Approximately 25-33 percent of children are referred from Benton County. It varies a little year by year.”

Even though the numbers of referrals from Benton County seem to vary, Gilmore-Robinson said, “What I see is a continued trend of more child abuse reporting, more referrals for investigations, and an increasing victim rate. This does not necessarily mean that abuse itself is increasing, but it certainly indicates that more cases are getting on the radar screen and that abuse is being identified where it might previously have been overlooked. In Benton County, child abuse reporting increased by 13 percent and the number of investigations increased by 8 percent.”

CASAs stay with the child throughout the duration of their case and advocate for the child’s best interest. These volunteers go through over 30 hours of training before they are given their first family. CASAs are required to make a two-year time commitment because that is usually the duration of a case for a child.

On the topic of volunteers, Gregory said, “We always have a need for CASA volunteers — we have seen the severity of the abuse increase which means their cases will often last longer and are even more emotionally taxing for those involved in the case. We are constantly impressed with the members of our community and their commitment to rise to the occasion and step forward to help our vulnerable children.”

In Oregon, the 2018 information shows that in 93.4 percent of child abuse cases the person responsible for the abuse is a family member. In 39.1 percent of these cases, the leading perpetrator is the mother, followed by the father in 37 percent of cases.

Jake Sunderland, Press Secretary from the Oregon Department of Human Services, said, “Provide support and love to the families in your community. Most child abuse and neglect is committed by family members, and a common factor is that the family, no matter their demographics or socioeconomic status, is in crisis.”

Reasons for crises vary from family to family, but often include: stress caused by parenting, mental health issues, physical health issues, substance abuse issues, housing instability, difficulties at work or with money, or loss of job/employment instability. Many of these stresses could be helped by communicating openly with your friends, family, and neighbors, and offering support when families are in crisis.

“Lastly, we need people to keep reporting suspected abuse,” said Gilmore-Robinson. “This is not an easy thing to do, and it takes a lot of courage. Kids are counting on us and I can tell you numerous instances where we may never have learned about the abuse if someone hadn’t come forward with a concern. Adults often expect that children and teens will spontaneously disclose that abuse happened to them but the reality is that they don’t. Most kids never spontaneously tell anyone, and many carry that secret for months or years.”