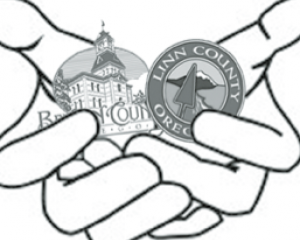 The out-of-control homeless situation came to a head last week when Lead Corvallis Gentrifier Chad “Two Collar” Dewburry III suggested that all houseless hooligans be shot out of cannons in the direction of “anywhere beyond the treeline.” I feel like Corvallis should have some human cannons around, but that’s a topic for another day…

“Look, I don’t care about the trash. We have people to take care of that. What I’m worried about are the rumors that there’s a pocket of affordable housing left somewhere in the city. The more poor people you have around, the higher the demand. The higher the demand, the bigger the chance that new affordable housing will be built. We can’t have that,” Dewburry added while Skyping into a rally in front of
City Hall.

Why, I never! I guess the joke is on that polo shirt wearin’ a-hole though – everybody knows there isn’t any affordable housing left in Corvallis. In other news, it finally started getting hot out. Good thing none of us live outside, lol. Lordy, no air-conditioning…that’s for savages! By the way, did you know that if you stand in the sun long enough, the damn thing will burn you? Seriously. Now my skin is all coming off and stuff.

Elsewhere in the twin-county area some other stuff happened, but we’re not super concerned about that. A meth deal here, some vandalism there…a warrant or two served in the Walmart parking lot over yonder. Somebody probably injured themselves on the 4th due to mixing Coors and some roman candles. You know the deal.

Linn-Benton Backwash is a barely-coherent satire with a teaspoon of white-knighting, a pinch of bald-faced lies, and dash of pooptalk. In other words, don’t take it too seriously – nobody here does; especially the author.