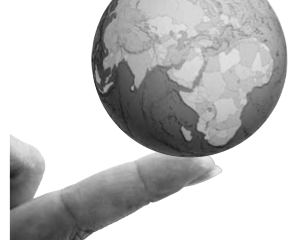 We Don’t Need No Edumacation
Chief Strategic Officer. That has a real ring to it, doesn’t it? You couldn’t, say… get that title without the proper credentials, right? Of course not. That’d be crazy. And so it came out that Portland Public Schools’ Chief Strategic Officer Laura Parks resigned last week because the Social Policy PhD she claimed to have earned at the super fancy London School of Economics “couldn’t be verified.”

I feel like that’s code for “was totally made up.”

Now, the formal documentation associated with her departure sidestepped this issue, stating something to the effect of, “Sooo… turns out, it’s way more relaxing to stay at home than go to work, so I’m just gonna kinda like… not go anymore.” Frankly, that sounds perfectly reasonable. I think next week we need to just run a big blank spot for As the State Turns and tell you it’s a “Special Edition” where you write it yourself. And this is where you say to yourself, “At least then it might be worth reading.”

Yeah well, you can go to hell. Which shouldn’t be hard, because I think City Council meetings happen fairly often.

Marathon Goes Down the Hooooole
Just a few rings away from its fiftieth birthday, the Portland Marathon is mulched. The Board of Directors sent out a press release last week that officially canceled the 2018 race and made it clear that they’re going to completely dissolve the organization. This is all thanks to Event Director Les “The Butt hole” Smith, who was caught after “borrowing” $800,000+ from their coffers. Smith has been ordered to repay the amount he “borrowed,” as well as another $50,000 to cover what the city spent investigating him.

The good news is that if you find running enjoyable (cough, freak, cough), you can still pretty much do that whenever you want. Just slap on your funny spandex suit, your phone-holder arm band, a stupid looking hat, and the pair of shoes you only use when you’re sauntering along at a nice trot. Sweat on your brow, the wind in your hair… two clumsy flagella flapping back and forth to propel you. Nope, it’s not weird at all.

Lego Thief Goes Down the Hooooole
Hah, Raji Azar. That’s the Portland guy who just got arrested for operating a “Lego theft ring.” Yep, that’s a thing! Reports say that he ripped off like $50,000 worth of woefully overpriced plastic bricks from Fred Meyer alone. His master plan included inciting drug addicts to steal for him through Craigslist ads, and then sell it all online. Undercover cops nailed him during a staged buy.

He looks really unhappy in his mug shot.

Now they just need to nail the Lego retailers that go out and buy up all of the limited edition mini figures, etc. from area stores and then jack the price up on the items in their own shops. Though, the entire problem could be solved if people would just buy cool stuff, like my toenail clippings.

Baby Sitter Goes In the Hooooole
Sean Middleton, a 22-year-old (ex) Portland babysitter extraordinaire, was just sentenced to 18 months in prison for literally burning and leaving bruises all over a 10-month-old kid in his care last year. His sentence is in addition to mental health and anger management treatments. When asked why he used a lighter to burn this kid, he said it “entertains” his thoughts.

I wasn’t involved in the case or anything (believe it or not), but 18 months? That might sound like a decent punishment if they added “buried up to his neck near a massive fire ant colony” to it. Maybe “with his ankles tied to his wrists.” Maybe not.

Either way, I think his career in child care might be over.

As the State Turns is a barely-coherent satire with a teaspoon of white-knighting, a pinch of bald-faced lies, and dash of pooptalk. In other words, don’t take it too seriously – nobody here does; especially the author.