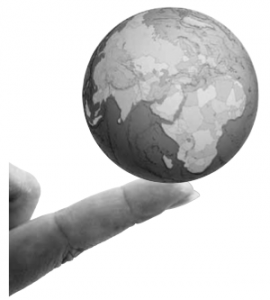 OregonLive Goes All Fake News On Us Last week, OregonLive ran a piece called “Reading, Writing, Evicted: Portland children don’t pay rent but they are paying a price,” which discusses the ongoing housing crisis from the angle that it is damaging children by disrupting their education. One might say it is “beautifully written,” “on point,” or even that it “couldn’t be a more relevant or important discussion.” Clearly though, not everyone is going to feel that way, so I just want to set the record straight.

First of all, kids don’t want to go to school. Duh. Reading is dumb, and arithmetic is basically useless when every phone has a calculator app, am I right? Mine has all that cool science stuff on it, too; never mind that I don’t know what any of it is. Anyway, this is all especially true if your family is existing in the sort of income bracket that results in housing insecurity in the first place. See, when Portland becomes completely gentrified, there will be a huge demand for all of the gross, menial jobs that nobody wants, and they don’t really require too many smarts.

If you try to better yourself, get an education, and get a job that doesn’t make you want to off yourself; what’ll end up happening is a mountain of student loan debt that results in maybe making more than you would have, but less after you are forced to pay hundreds or thousands a month for the rest of your life (most of that will be interest). No matter which path you take, you won’t be buying a house, so I say this: what housing crisis? That’s right folks, fake news.

Now, I know this may sound bleak. In fact, you may find yourself wondering how many European countries manage to offer a free or dirt-cheap college education and we can’t, but ask yourself this: are you going to trust a military and economic superpower run by a celebrity superstar that is really good at bankrupting his own companies, or the filthy Germans, Swedes, Finns, Slovenians, and Norwegians?

That’s what I thought.

There’s a lot more to this of course, but I think I made my point. Perhaps write a letter to OregonLive, and let them know you’re on to their liberal shenanigans.

The Polar Plunge Brings All the Boys to the Yard Or rather, the crazy people to the beach. You’re all familiar with the Polar Plunge – people jump in freezing water to help raise money for the Special Olympics. It’s a pretty rad event, at least when you don’t have total idiots endangering themselves and everyone around them by going off script or out of bounds. Yeah, I’m talking about you. Anyway, this isn’t crazy. This is cool. Ice cold.

What’s crazy, however, are the 16 lunatic “super plungers” that gathered along the Columbia and hung out for 24 hours straight, jumping in once per hour. They raised a whopping $64,000, which is great, but like… 24 plunges in 24 hours? I feel like we could probably stand to take some of that cash and get this group a good psychiatrist. I think they could’ve raised a lot more money and with less danger bare-knuckle brawling an alligator or something.

Oregon Gun Laws Expand: Say Goodbye to the Intimate Partner Loophole Last week, some of our state senators banded together to approve some new thingymajigs that will increase the number of people stripped of the right to own a gun. Specifically, this will affect the kind of total fartknockers who have stalked people or committed acts of domestic violence.

Those speaking out or voting against the bill have called it “political chatter,” (that quote belongs to Senator Herman Baertschiger of Grants Pass) or hung it up on ironically unclear accusations of poor clarity in the measure’s text. Senator Betsy Johnson, the sole democrat to vote against the thingymajig, rattled off some really kind of goofy stuff about not wanting to issue an “emotional response,” citing potential dangers in redefining what an “intimate partner” is in the language of the law insofar as it might “give dating partners a new tool for when things go sour[.]”

Lady, people are shooting each other all willy-nilly. Let’s get rid of the f*cking guns first, and then maybe revisit hypothetical new ammunition (pun intended) that may be used in lover’s spats.

PGE Seeks Pee-Yew I get that this headline sucks, but I’m tired. Deal with it.

For our last update of the week, Portland General Electric has just applied to a new permit that would allow them to spew forth like three times as much carbon monoxide, and eight times the amount of stuff that creates smog. PGE is stating that this change would still keep them under the federal regulations, but many are criticizing the move, saying stuff like, “Uh, what the f*ck?” and “You guys are cray.”

According to Oregon Public Broadcasting, the numbers look like this: PGE can now fart out almost 100 tons of carbon monoxide annually, and that will increase to 324 tons if the permit is approved. That’s a lot of tons of sh*t, folks.