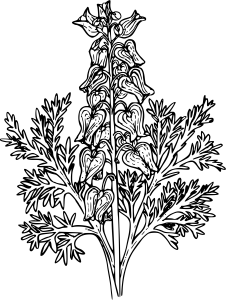 As a growing number of movements have been taking to the streets in the past few years, a key concern among organizers and participants is to create a safe and supportive environment. To address this, Corvallis’s first Street Medic Inspired training took place on June 10 at Odd Fellows Hall.

Messages and practices promoting nonviolence through fostering an engaged and connected community often grab less media attention than the disrespectful or violent actions of a few. After last month’s Solidarity Fair in Central Park, on the front page of another local paper was a handful of white nationalists who chalked their slogans on sidewalks and, according to their own web forum, spit in someone’s face to try and start a fight. More spontaneous events like the recent MAX stabbing are another unfortunate reality. Last Saturday’s training in personal, legal, and medical care was meant to deal with such situations while simultaneously strengthening community bonds built on respect and care for others.

The best way to deal with emergency situations is to avoid them in the first place. Lisa Gonzales, John Sears, and Lily Gael, who have worked in the mental health field, addressed some of the basics of group- and self-care. At a group level, this involved having communal meals and opportunities for play (both of which were in practice at this event). Organizationally, it involves designating individuals to be aware of the event as whole to make sure any problems are quickly identified. Self-monitoring is also a way to support the group. If you’re tired or hungry, you might not be that helpful and would be better off taking a nap or having a snack.

Discussing different strategies like these is important, but it is also important to put them into practice. To take a step in this direction, Linda Richards and Shari Clough, both from the OSU School of History, Philosophy, and Religion, led activities from their Peace Train initiative in how to keep your cool during tense disagreements. Surprisingly (or not), listening is not a skill everyone has perfected, so practicing listening to and repeating the views of people you disagree with can be helpful.

The training came out of Lisa Wells’ experiences with the Water Protectors at Standing Rock in North Dakota in the weeks after Trump’s election. Wells was inspired by how organized and prepared the Water Protectors were around community care. The Medic and Healer Council took the lead here, coordinating supplies and resources and addressing the day-to-day care of individuals alongside critical interventions surrounding the use of dogs, tear gas, water cannons, and other non-lethal assaults by both public and private security officers.

Barry Reeves and Paul Hochfeld, both retired ER doctors, led the group through what to expect in terms of injuries that might happen at gatherings and protests, along with what to be aware of if someone should have a seizure and how to make splints. While the training did not result in certification, Reeves and Hochfeld encouraged participants to sign up for CPR or first aid training along with LBCC’s course on wilderness preparedness.

One thing Reeves and Hochfeld were uncertain about was the best way to treat someone who had been pepper-sprayed and whether claims of washing out the eyes with diluted milk of magnesia were sound. Keeping to their standards of only presenting evidence-based knowledge, they conducted their own experiment beforehand which they presented on video. Reeves was the unfortunate test subject, being sprayed (more directly than usually happens) with pepper spray. After a lot of disorientation and painful moans, poor Reeves was able to share that a steady stream of cool water (ideally from a hose) worked best. But hoses are not commonly available, so a lot of water bottles is the best way to go.

If there’s a chance you’re dealing with pepper spray, you should also be aware of your legal rights. Corvallis attorney Lorena Reynolds discussed the legal issues around civil disobedience found in the Bill of Rights, including the rights to freedom of speech and assembly, to not self-incriminate, to not be subject to unlawful search and seizure. Reynolds stressed that these rights are not just given, but need to be actively exercised. For instance, to invoke your Miranda rights you need to clearly say, “I wish to remain silent,” as the police will not assume it. So if you don’t want to talk without a lawyer, you need to speak up before you shut up.

Wells said this was only the beginning as they work on how to bring about similar trainings in the future to meet the needs of the community.