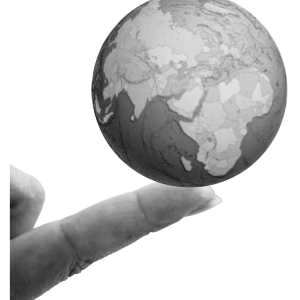 Someone in South Korea Just Lost Their Lunch Or their dinner, or breakfast. The fact is, hagfish—slime eels, snot snakes… whatever you want to call them—are gross, and a ton of them meant for the rugged shores of South Korea spilled all over the damn highway instead. It’s Highway 101 by the way, so you might want to get Siri to spit out an alternate route. While the mess will have undoubtedly been long cleaned up by the time you read this, if the thought of the smell (that I’ve made you start thinking about) doesn’t get you, it’ll only take a lone eel missed during cleanup to wedge its rubbery a*s under one of your tires and send you flying off the road, rolling 43 times, and then exploding on the other side of a hill, Speed Racer-style.

You see, snot snakes are a lot like people—they get stressed. Only instead of freaking out and jamming a bucket of ice cream down their throats or spending a ton of money at the theater, they produce a bucket-load of frothy white slime through dozens of little glands. This makes them slippery, this makes them nasty, and it might even make them predatory, as recent thinking on the matter has suggested they may use it to choke out gill-breathing organisms (because why not?). Can a booger snake choke to death on its own slime? Oh yes, it can. Because you literally can’t even ask a question like that without the answer being yes.

What does it all mean, though? It means they had to call in bulldozers and the fire department to clean the mess up, which, by the way, also included a multi-car collision. If this doesn’t turn into one of those State Farm commercials, nothing will.

Please enjoy the rest of this week’s column while I go clean the vomit off my shirt.

And Next Week We Can Play in the Wood Chipper! Okay, look. People are dumb. You’re dumb, and I’m definitely dumb. But there’s dumb, and then there’s Alana Donahue of Springfield. And then there’s those loudmouth idiots at the Albany City Council meeting. But we’re talking about Ms. Donahue.

Now, I’m no parent. Sure, it’d be cool to watch the person’s face when they’re forced to enter “Mr. Avalanche, Destructilator of Zolkron” on the birth certificate, but I can hardly take care of myself, let alone a tiny, screaming, selfish a*shole that’ll cram blueberries in their own mouth, but won’t give me any.

Now, I want to give this lady the benefit of the doubt. Clearly, she meant no harm, and is likely really hurting right now. I’m not unsympathetic. But… ::shakes head:: …SHE TIED HER ^@%#$! KIDS’ RED WAGON TO THE BACK OF HER CAR AND TOWED THEM AROUND A &^$@! ROUNDABOUT IN HEAVY TRAFFIC.

Cars literally piled up because the spectacle was blocking the road. One motorist admitted to almost hitting the kids. Witnesses took photos and supposedly some videos, though at the time of writing this I didn’t see the latter posted anywhere. Donahue was arrested and charged with being a complete moron. And now we’re all sad that this exists.

But hey, I suppose at least she didn’t try to raise a bunch of money by faking a cancer diagnosis like Eugenian Jenifer Jones Gaskin. Yep, that’s a thing. There’s a great article on the topic in The Register Guard, though the link is terribly convoluted so I will just give you this one: www.google.com.

Because This Is the Bad News Week… The Oregon Symphony has canceled its exceedingly popular riverfront show in Portland. One of, if not the largest free outdoor show of its kind in the country, the city typically pays for the bulk of its $300,000 bill. This year, tough budget decisions has led the Keep It Weird capitol to drop support. Interviews with symphony president Scott Showalter suggest there’s no hard feelings, and an unlikely, pathetic glimmer of hope that they’ll sort out funding a different way.