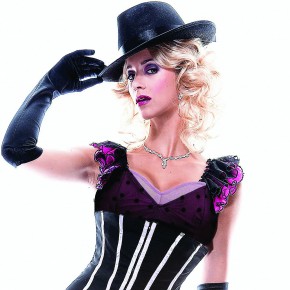 Local history teachers still wax about the first strip club fundraising effort put forth in the good old year of 2015 by Diamond Rodriguez: The Slinky Panther. Originally an effort to bring more business to the now thriving Whiteside Theatre, Rodriguez now makes over $80,000 each month, and continues to donate a whopping $60,000 to the Whiteside.

One huge draw to this glittering tassel of a place in the old downtown used to be its completely eco-friendly approach. With its rotating bike rack—run on the cuteness power of hamsters eating carrots—and its emphasis on customer-dancer relationships, it was clearly a pioneer.

However, according to Rodriguez, the Slinky Panther has hit some hard walls in recent years, the foremost being the competition. She said, “After I set up this charity for the young men of Corvallis, and I saw success, I noticed that each year a new organization was trying their hand at my game!”

It’s not hard to see her shimmering point. With more than 50 strip clubs in Corvallis, each with its own agenda, it would be hard to make a living. The homeless initiative and shelter alone owns a whole city block dedicated to its “fundraising efforts,” and other organizations have begun to follow suit. Just yesterday the Agency for Feral Cats Anonymous purchased a chunk of land next to the river to allow them to fund their latest project, “Fish are friends, not food.”

In order to respond to all of these threats, Rodriguez has a plan. “ I plan to broaden my scope of dancers, to meet everyone’s needs.” This plan includes equal opportunity hiring, including the hiring of pregnant, amputee, and recently released inmate dancers.

She believes that opening opportunities for aspiring strippers that may not be seen by other venues as employable will also attract a specialty-fetish market not served on other stages. She believes this is a win-win for all concerned, and it allows her to continue her primary mission, supporting the Whiteside Theatre.