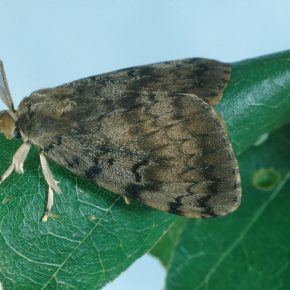 The Department of Agriculture and the Department of Fish & Wildlife are working together via the Oregon Invasive Species Council to sponsor the Protecting Oregon from Invasive Species summit on Tuesday, Sept. 13 at Chemeketa Eola Viticulture Center in Salem from 9 a.m. to 4 p.m. The council is an umbrella organization that includes Oregonian agencies and universities, working together to stop invasive species.

Invasive species are silent, sometimes seemingly benign plants and animals that can do tremendous harm to the natural ecosystem as well as to human agriculture. Rick Boatner of the Oregon Department of Fish & Wildlife works overtime to ensure invasive species do as little damage as possible. His department uses methods like the Watercraft Inspection Program, requiring vessels stop at specified inspection points to keep species like the cousin quagga and zebra mussels from damaging Oregon’s aquatic ecosystems.

Boatner declared of these species, “If they ever got here, they would totally change how we use water in Oregon.”

Helmuth Rogg of the Department of Agriculture reports that 98% of invasive species his agency deals with are invertebrates, pathogens, and noxious weeds. Recent examples of dangerous introduced species include the gypsy moth and Japanese beetle, though over 150 species have been identified as potential threats. The Department of Agriculture functions as a regulatory commission, instituting rules and quarantines when necessary. They use the EDRR, or Early Detection Rapid Response program, to determine potentially dangerous species early on.

“Our mission is to keep invasive species out of Oregon,” said Rogg.

Various policy leaders and colleagues across Oregon will also be in attendance at the Salem summit to help answer the question of how to collaboratively combat invasive species. Keynote speaker Heather Braun of the Great Lakes Commission will present on the collective impact approach, and an award luncheon will take place to recognize invasive species champions.

The Protecting Oregon from Invasive Species Summit is free and open to the public. To register, visit www.eventbrite.com/e/protecting-oregon-from-invasive-species-2016-oisc-summit-registration-26812346450.