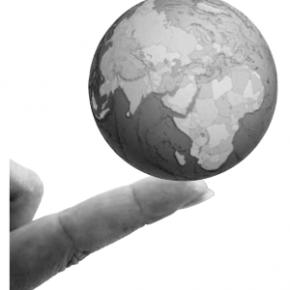 Portland to Do Thing Soon
This summer, many homeless folks have set up campsites in the Springwater Corridor Trail area of Portland—deluxe campsites. Furniture, bonfires, even a bit of landscaping. I heard there was a full-on vintage arcade pub, but that’s just a rumor. Despite the fun and games normally associated with homelessness, a recent fire and shooting have pushed the city too far. DUN DUN… DUN!!! Actually, it was mostly the crime, damage to Johnson Creek, the ballooning size of the gatherings, and neighbors bitching about turds and stuff on the sidewalk (I made the turd part up, anyway).

Starting Aug. 1, workers will go through and remove trash, belongings, and other items.

Mayor Charlie Hales (not as cool as Sam Adams, but he’s alright) did a Q&A session with Oregon Public Broadcasting, where he answered a number of questions about the situation. Here are the takeaways:

• The Safe Sleep policy will remain the authority, which includes the creation of shelter opportunities and designated places where it’s OK to set up a tent (just for a night).

• A number of assaults in the area were among the reasons they decided to move on breaking up the camp.

• A guess puts the population of the corridor camp at 400.

• Some other “Yeah, we’re booting them out, but we’re trying to improve things and here is how” stuff. Port-a-potties are involved. And shouldn’t it be “porta-potties?” Portable potties. Not port able potties. Send your thoughts to thisisntarealaddress@mailstuffandjunk.com.

I guess instead of blabbering on I could have just said, “Portland is moving a homeless camp because it is unsafe, but they’re doing their best to help everyone.” But hey, we both know you’re not going to have been done on the toilet by now. And if not for toilet reading, what’s the point of this column?

Oh, you wanted to hear what it was about? Well, it says that the named parties “retaliated” against Johnson and her husband Erious (who is the civil rights director for the Oregon DOJ). Williams kind of… targeted the guy for digital surveillance. Oops.

As it is with lawsuits like this, there are about a dozen other accusations, including “improprieties” such as the redirection of state employees for non-state purposes, such as helping out Hayes with events, etc. Double oops. Johnson alleges that Hayes got her fired when she brought up ethical concerns. Triple oops? Yeah.

By the time I got to the end of the research, the “oops” count was pretty damn high. In addition to the lawsuit, Johnson has filed a complaint with the DOJ in regards to civil rights abuses.

My suggestion is that you go right out and stock up on some popcorn. I expect this one to play out in a pretty entertaining fashion.

Portland’s Earthquake Drill
A recent earthquake simulation was run in which Portland’s Fire & Rescue had to deal with vehicles, complete with victims inside, down a ravine near a collapsed overpass. It was intense, it was daring… and in the end, the crash test dummies survived.

With increasing awareness of the likelihood of a major quake along the Cascadia Subduction Something or Other, efforts are being stepped up to make sure that when it happens, and it will, emergency personnel will be ready. But, there’s a problem. It’ll be detailed in this next paragraph.

When the quake hits, it is likely to be as strong as a 9,000 (well, a 9…). Portland alone has 1,600 unreinforced old buildings that will fall, bridges will become impassible, and Team Mystic will have eliminated the other two Pokemon Go teams, causing chaos at the local gyms. Responders will likely be cut off from each other, and frankly, there aren’t enough people on staff to handle a disaster on that level.

So they’re asking for volunteers, the end.

Please write to my fake email address above and let me know how I did with this incredibly abrupt ending. I’ve been doing a lot of research on the topic and would like to know if I’m making strides. Thank you.