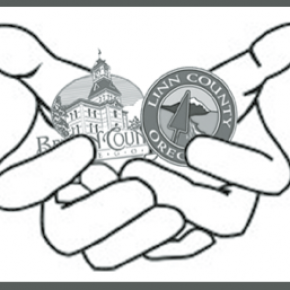 Folks, check it out: I’m a nice guy. In light of certain recent events, I have decided to abandon my wild, mean-spirited ways. I don’t want to bring the community down… I want to lift it up! And so welcome to the new and improved, positive Linn-Benton Backwash.

Last week Corvallis had not one single citizen who was snobby, or talked a good game about helping the poor as long as they stayed at least 15 miles away from them. Not even a single person with any power in the community spun their wheels in committee mode so they’d look like they were marching to progress when they were only marching to and from different coffee shops and bakeries. Nobody even helped block a new construction project designed to help alleviate the housing problem! It was awesome!

In Lebanon over the last few days one could not see one single iota of a beautiful, but tragically ignored and dilapidated downtown area while strip malls full of minimum wage jobs cropped up on the other side of town. It also seems important to note that not a single person went to Walmart at 4 p.m. in their pajamas.

In the month of December, local cities such as Philomath and Monmouth actually existed.

All sports teams in both Linn and Benton counties won all of their games, and everyone on them is really smart. This sentence should really make them feel great about themselves so they’ll go on to do amazing things with their lives, rather than blow out four kids by the time they’re 21 and wind up in The Lebanon Log.

The Lebanon Log: Unfortunately the log is going to be empty this week because nothing good happens in it, and I wouldn’t want to possibly tear anyone down because some drunk guy in a tutu decided to steal $100 in Axe body spray and Coors from Safeway, or report a few dozen more warrant arrests. In fact, Lebanon doesn’t even have a petty crime problem. No siree.