Eat Your Broccoli… Or Die 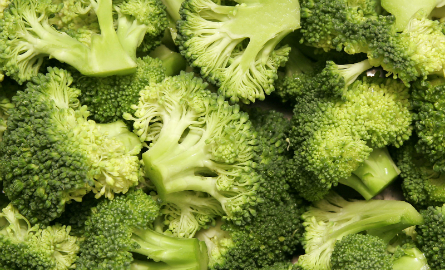 If your parents ever had to force you to sit at your dinner table over a cold plate of broccoli until you finally finished them, it’s time to call them up and thank them. New research from a team including OSU scientists along with researchers from Texas A&M funded by the NIH shows that vegetables like broccoli, brussels sprouts and cabbage can not only help prevent cancer, but may also treat it when concentrated and used as a treatment for metastasized cancer.

The key is a compound called Sulforaphane that those vegetables, called Cruciferous vegetables, create when they’re chewed.

Dr. Emily Ho, principal author of the study and a director in the College of Public Health and Human Sciences, spoke about the power of the findings in a press release.

“There’s significant evidence of the value of cruciferous vegetables in cancer prevention, however, this study is one of the first times we’ve shown how sulforaphane can affect a histone methylation and alter gene expression in metastasized prostate cancer cells,” she said.

This is a bit complex, but basically it means they can control the DNA of the cancer cells and use it against them.

“It begins a process that can help to re-express tumor suppressors, leading to the selective death of cancer cells and slowing disease progression,” Ho continued.

Clinical trials have not yet begun, but the suggestion that this phytochemical, Sulforaphane, might be able to fight late stage metastasized cancers has enormous implications. The most immediate being that I bet you all eat a big plate of broccoli with your dinner tonight.