Don’t Panic…. That Much 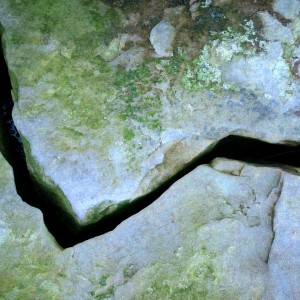 I’m going to go ahead and give you the benefit of the doubt and assume you don’t live in a cave, and already heard about the new report that a 9.0-plus earthquake is coming in the next 50 years, and that when it does, everything west of I-5 will essentially be vaporized. Oh, you hadn’t heard? Well, go ahead and take about 90 seconds to rend your clothes and shake your fists unto the heavens, exclaiming, “Why!” as more of a statement than a question. Once you’ve pulled it together, here’s the not-so-bad news from OSU researchers: it probably won’t be a literal apocalypse, and even if it is really bad, we should start preparing now, instead of panicking.

Patrick Corcoran works as a Sea Grant education specialist at OSU, and part of his job is managing people’s expectations.

“The Cascadia Subduction Zone has shifted from a science project to a social studies project,” Corcoran said in a recent press release. “We need to find a sweet spot between fear and action. What I try to do is temper the tendency of people to toggle between the poles of ‘It won’t happen here’ and ‘It will be so bad that there’s no use worrying about it.’”

If it feels like he’s reading your mind, that’s because these are the two natural states of reaction to such news.

OSU has been warning that the Cascadia Subduction Zone was due for a large seismic event for more than 25 years. When the event doesn’t come in a timely manner, people get lulled into a false sense of security. When the warning of a new study comes, it shifts them from total relaxation to panic mode. There is no middle gear.

But Corcoran notes that the most likely scenario is that the earthquake will be big, but not summer blockbuster movie big. Dwayne Johnson and Charlton Heston’s services shouldn’t be necessary, neither should fleeing the region in abject terror. What you can do is be prepared.

To this end, it’s important to make sure you have an earthquake kit for your family to survive for a potential few days cut off from civilization. As a society and region, our investment is best placed in infrastructure and transportation, so we can be sure when an event does happen, it won’t destroy us, and it won’t cripple our ability to reach each other and help each other. And it also wouldn’t hurt to brush up on what to do in the event. As crazy as it may sound, revisiting the earthquake drills of 1950s instructional videos wouldn’t be the dumbest move ever.

“Our society tends to be dismissive of preparation, especially evacuation drills. They are silly, they are embarrassing, and it’s usually raining,” said Corcoran in the press release. “The only people who actually do drills are high schools and hospitals because they are required to. But drills save lives, as they learned in Japan.”