As the State Turns: The Poop Strikes Back 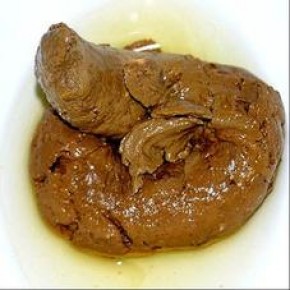 E. coli Strikes Back
If you’re an avid reader of this fine column, you’ll know that a few editions ago I talked a bit about that E. coli outbreak that caused a bunch of putrid Chipotles to be shut down. After some inspections and a bit of ye olde bippity-boppity-boo, everything was fine. Or was it?

You see, people in other states are pooping themselves sideways now. California, Minnesota, Ohio, and New York have joined the rank and file, each crapping in their own unique geographic dialects. The screams of the babies, I can hear them in my sleep… imagine a life where your first exposure to a decked-out burrito ended in a volcano erupting from your rear. I heard there’s some abdominal cramping too, but meh.

So far 52 people have been infected, with 47 of them reporting that they stuffed Chipotle down their face holes just prior. The contaminated ingredient has yet to be identified, but this reporter is pretty sure it’s the food part of the food.

Chipotle has announced that all of the closures and bad publicity (bloody Jack in the Box taco lawsuit of the 1990s anyone?) are… bad for business. They’re expecting sales hits of up to 11 percent per quarter, but there’s no guarantee how long that’ll last. Since this all started, however, shares of Chipotle stock have fallen 25 percent. They also rambled on about making haystacks smaller so the needles are easier to find, but I’m just like, yo… E. coli is bad enough. Don’t bring dirty needles into this.

A possible added consequence is that the local produce providers they’re used to going through may not be able to keep up with the new rigorous standards being put in place so people stop pooping everywhere. Damn you, lazy local farmers!

Great News, Everybody
Great news! There’s a transportation bill that was just signed by President Barack Obama… and it helps Oregon by aiding a few transportation ventures! Wahooey!

It amounts to a funding increase of five percent to uh… highway stuff, by way of the Oregon Department of Transportation. Not earmarked for anything in particular, who knows, it could go towards adding WiFi hotspots on all those back roads so you can Skype while driving along cliffs and down dangerous mountain passes. Yeah, I mean, it’ll likely go towards building safety stuff, fixing cracks, etc… but we can dream.

In all honesty, this is good news. It’ll end up a cycle of band-aid fixes we’ve been applying to the Highway Trust Fund. Everyone is really pleased. We’re all going out for drinks. Finals have been canceled!

All Bets Are On
There has been a rather bizarre, bipartisan wager between Oregon and Ohio state government officials, including representatives Earl Blumenauer and Suzanne Bonamici. If our folks win, they get candy and microbrews from Ohio. If they win, they get pinot nor, ice cream, and beer. Sounds to me like we’re getting screwed either way.

So what spawned this “Let’s ignore our jobs and have some fun even though we’re not allowed to do that” behavior? The Timbers are the first team from the Northwest to ever make it to a Major League Soccer final. Right. I don’t remember any contest or awards when we found in Art Robinson the first guy from the Northwest that could pick a padlock with his pointer finger, or limbo under a coffee table while eating the family dog.

The Willamette Gets a B-
The Willamette River, you know, the second leading cause of diarrhea behind Chipotle, just got a B- on its very first environmental report card. Scored on fish and wildlife, relationship with people, habitat, flow and water quality… it was also scored on fecal bacteria levels and dangerous algal blooms. The end result is that the river is marked as having temperature problems, and that flow levels are way too low to help out fish species that are all like, “Hey, yo, we need more… flow.” I didn’t intend to rhyme, I swear to you.

Some areas, such as the Portland harbor, are worse than others—that stretch got a C+. A man named Travis Williams with an environmental group called Willamette Riverkeeper said he thought that, while the card is helpful, it failed to accurately reflect the actual problems. Oh snap.

In five years we’ll see another report card. In the meantime, I’m not going for a swim without wearing a full body condom.