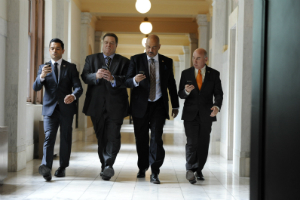 Amazon’s first foray into scripted TV, Alpha House, was a resoundingly quiet success.  The show was well received and according to the numbers, healthily watched.  Still I don’t know anyone else who’s ever seen it.

The first season, which consisted of 11 episodes released simultaneously online in April of 2013, was funny and at times even unpredictable like it’s creator, comics legend Garry Trudeau.  And like his more notorious creation, the long running political comic strip, Doonesbury, it was also reliably liberal, creaky and tired in some of its positions, and strangely obsessed with taking down Reagan.

The show follows four Republican Senators of varying backgrounds who share a house in DC, have not a single soul between the four of them, and will basically do anything that’s politically expedient. It’s cartoonish in its portrayals, big surprise, and incredibly, insultingly, simplistic in its appraisals of American politics.

The second season was released this past month on Amazon Prime, and it is more of the same. At times amazing, like an inspired scene where liberal boogeyman Grover Norquist plays himself doing standup at a Washington comedy club, and at times perplexing, like a less inspired story line where Penn Jillette runs against one of our “heroes” for his beloved seat. The show teeters on a rare brilliance, with real life political players lampooning themselves on screen, but as with Trudeau’s comic strip, often falls back to mediocrity with an odd affinity for cronyism.

With the heroes being republicans, Trudeau’s edgy mask slips to reveal an aging ex-hippie who strangely pines for the less cynical era when both republicans and democrats openly lied to our faces while doing everything they could to line their pockets. I mean, the current gridlock is definitely a problem, but there’s a certain eau de throw-the-bums-out  in the air these days that is a positive development, and that Trudeau clearly objects to.

The show strives to have a big tent, with cameos by real life entertainers and politicians from both sides of the aisle.  But its disdain for populism is clear, and not-so-strangely everyone seems more than happy to mug for the camera, from Chuck Schumer and Anthony Weiner to Michael Steele.

If you enjoy a kind of sneering condescension that is tinged with moments of genuine hilarity, Alpha House is for you. And if you’re a conservative or libertarian, prepare to throw things.

Alpha House seasons 1 & 2 are available on Amazon.com for free to Prime members, and for rental to non-members. 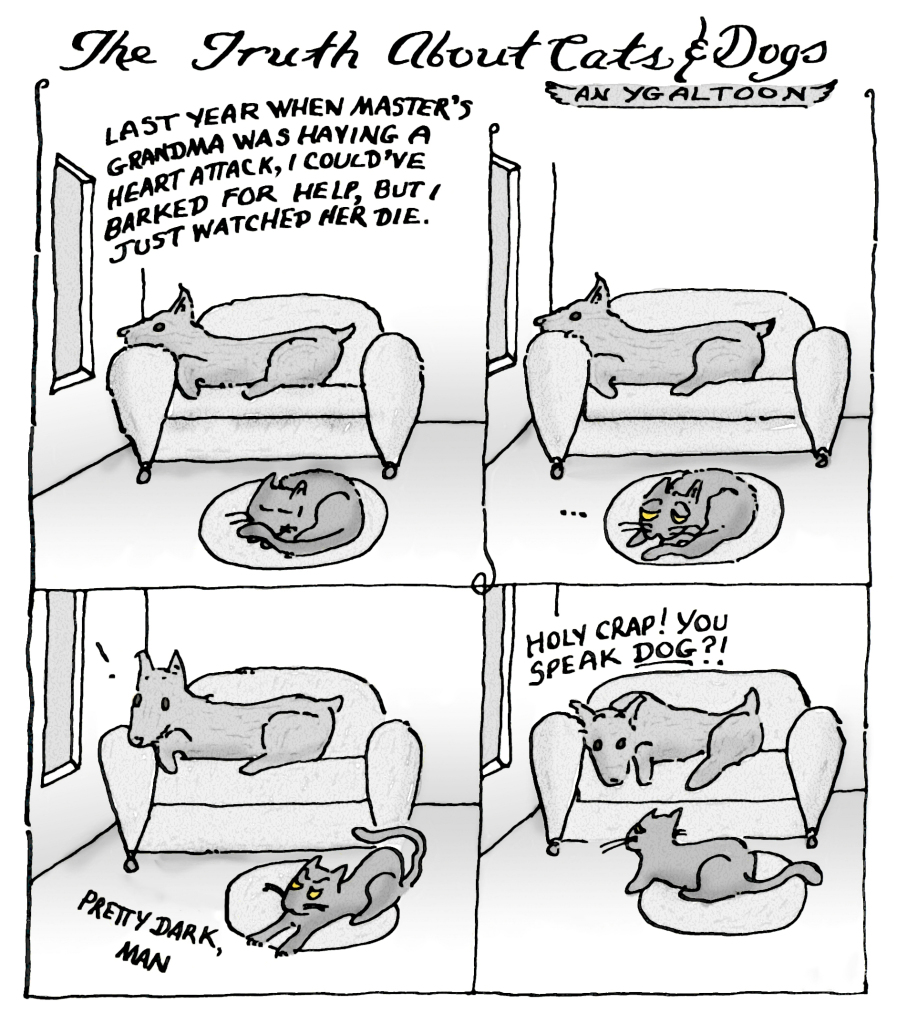