Awww, This is How Melanoma Starts 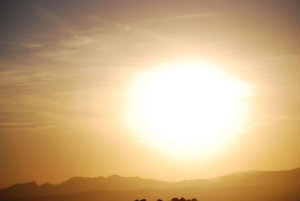 Every year the U.S. sees over 70,000 cases of the deadly skin cancer known as melanoma, and it is estimated that about 10,000 of those victims will die. Singularly talented in crushing families and destroying lives, melanoma has received a lot of attention from scientists attempting to break its stranglehold over our skin. While some leaps have been made, the statistics still speak for themselves. However, researchers at Oregon State University may have just put a serious dent in the armor by way of identifying the biochemical vehicle by which normal cells transform into melanoma.

Hopefully able to help uncover new melanoma vulnerabilities, this discovery, revealed with aid from French and Oregon Health & Science University researchers, could one day act as the foundation for successful therapies. The research itself was recently published in PLOS Genetics and was supported by the National Institutes of Health (nih.gov). One of the more important findings show that some mechanisms that normally help prevent cancer are actually being inverted into a condition where they help it form. Melanoma is effectively reversing the immune system, which is one of the reasons it is so pervasive and deadly.

According to researchers, the key to the whole process is the retinoid X receptor (RXR) protein. Proper RXR levels aid the immune response in the skin. When skin cells take routine cellular damage, such as from sunlight, RXR will normally help break down the successful cells before they become cancerous. However, when RXR levels are too low, the process deteriorates and cancer has an elevated ability to break out.

The researchers hope that future research will show that stimulating RXR levels will help create the basis for an anti-melanoma therapy. And everyone else hopes that they’re right.