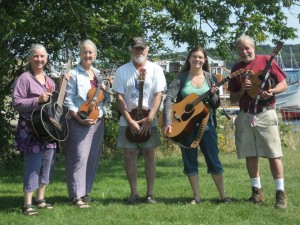 The Rusty Hinges work a particular bit of magic that blends folk, bluegrass, oldies, and country. The five-piece group hails from the faraway land of Maine, so be sure to catch the performance before they ramble on. For more information on the band, visit www.facebook.com/pages/The-Rusty-Hinges/35404424679.

Old-time Appalachian music is a hodgepodge of African-American blues, English and Scottish fiddle music, and more. Influential to both old-time, country, and bluegrass, this tradition was based around the banjo, American fiddle, guitar, and dulcimer. Everyone from Chet Atkins to Jerry Garcia had a bit of old Appalachia in them, and you should, too.

Seattle rockers Autumn Electric play a modernized blend of orchestral and psychedelic folk rock, with some prog thrown in for good measure. Remarkably easy on the ears while remaining musically and lyrically complex, these folks will fit in as well with the indie crowd as they would their own. Absolutely not to be missed.

Finally, it’s here! Beer Week in the best beer town in Oregon—in my humble opinion, of course. The sheer number of events is ridiculous, and every one of them is worth attending. To kick it all off, though, check out the Kick-off Party at one of my personal favorite watering holes, Sky High. For more, keep up to date with 8 Days a Week and definitely take a gander at the full event list here: http://corvalliscraftbeer.com/cbw2014-events/. 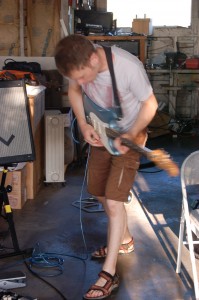 Third in a series of frankly brilliant experimental music shows featuring Corvallis’ The Van Meyers, nOiZepHyZiX and Mike Ritenour as well as [view] and Juice Machine from Eugene. Also present will be a collaborative effort by Eugene’s Don Gaugen and Corvallis’ John Frank. Sets are 30 minutes each and absolutely guaranteed to expand both your mind and palette.

Eugene’s Kokobola tosses around phrases in their online bio such as “rhythmic good-time groovacious rumble.” Let me tell you, they aren’t kidding. A jam band with an emphasis on improvisation, Kokobola promises a “jazz jacuzzi” and delivers just that, directly into crevices you didn’t know you had.

Americana/folk straight out of North Carolina, three-piece Redleg Husky will tickle your country parts with soulful musicianship and fantastically rootsy vocals. If you’re a fan of the genre, treat yourself to an early Xmas present and see them right here in town.

Ah, what could be better? Aside from morphing into 1980’s Jean Claude Van Damme, I mean. Agrarian Ales and Burnheimer Meat Co. have joined forces to throw together a picnic-dinner in the park. Features five different farm ales, fresh farm sodas, and live music. Vegetarian and gluten-free dinner options won’t be hard to find!

If there’s one thing I love more than beer, it’s unicorns with laser eyes. But if I couldn’t choose that, I’d say getting sloshed and trying to answer trivia questions as my active IQ dips below 40. Help celebrate Corvallis’ Beer Week at the expense of everyone around you in classic American style!

Downward Dog is about to be invaded by Nectar Creek, wielding their tasty barrel-aged meads and a DJ spinning equally delicious 80s dance. Be sure to bust moves hard, early, and often… because after you’ve filled yourself with sweet honeywine, well, you’re likely to see a general deterioration in your move-busting ability. 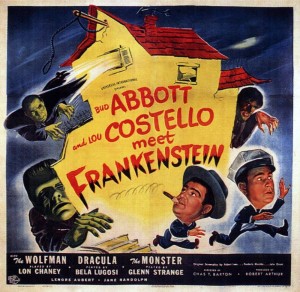 For the 10th installment of the free weekly screening series, curated by the Advocate’s own Ygal Kaufman, it’s Night Train to Munich (1940) the gorgeous thriller by Carol Reed, starring Margaret Lockwood, Rex Harrison, and Paul Henreid. This sharp briskly paced World War II adventure is written by the same team that wrote The Lady Vanishes (which was screened as part of this series a couple weeks ago) and a couple familiar faces from that movie even show up again here. The feature is preceded by cartoons and newsreels, and as always, admission is free.  Get there early to secure a seat!

You scream, I scream, we all scream for American Dream. Probably for different reasons. Such as this one time, when I slipped going down the stairs. Anyway, Craft Beer Luau at American Dream: deals on Hawaiian pizza, fantastic cocktails from Crowbar, and you get to hang out on the roof. Enjoy.

Chico, California acts The Mondegreens, Ave Grave, and Nyx bring three distinctive forms of rock to the stage at Bombs, ranging from acoustic folk leanings to just straight up modern rock and roll. Chico has one of the most diverse scenes around, and this is a great opportunity for Willamette Valley locals to check out what sounds to me like the cream of their crop.

Some people around here would swear the last time they saw a bartender with Jones’ skills, they were watching Tom Cruise in Cocktail. Alright, maybe that’s a weird comparison. Either way, the man has both skill and undeniable passion. If you appreciate the art of the cocktail, this is your choice to suckle from the teat of a master. That’s a metaphor, by the way.

Describing themselves on Facebook as rock/funk/blues, Ashland trio Jive Coulis hit all possible nails on their heads. Conjuring sonic images of blues-infused classic rock in their purest form, they’ll share the stage with our very own gypsy-disco funk powerhouse Space Neighbors. Seriously, if you live in Corvallis and don’t know the Space Neighbors, it’s about time you introduce yourself.

What you’d expect and so much more, Corvallis’ Farm Stand String Band vibrates the air around them with hints of bluegrass, Americana, and all sorts of old-timey charm that hits you right in the gut and reminds you that you’re alive. That and there’s a washboard player, which is second to only the jug as the best instrument, ever.