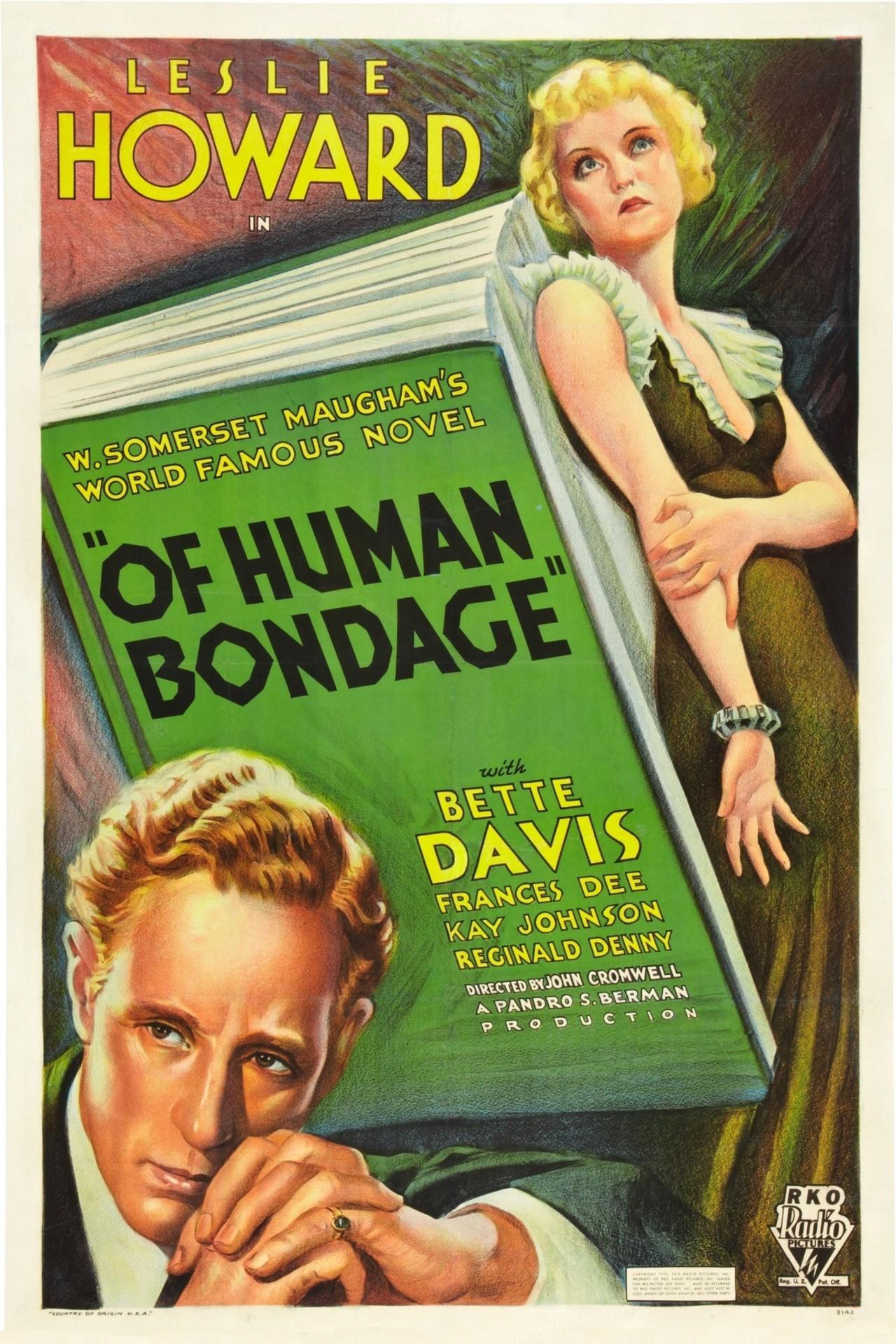 Of Human Bondage (1934) starring Bette Davis and Leslie Howard, from the classic novel by W. Somerset Maugham.  The novel, published in 1915, is considered by many to be the legendary author’s finest, and tells the semiautobiographical tale of a young man who follows his heart and finds out what that gets you in life… There was no bigger star than Davis, and she broke out in this role as Mildred, which was later remade three times, by Eleanor Parker, Cloris Leachman and Kim Novak, but never to the acclaim of the original.  This searing drama is one of the finest adaptations of any of Maugham’s works, and remains the definitive film version of Bondage.  As always, Community Movie Night is free and all are welcome. Donations are graciously accepted and benefit the Darkside Cinema renovations. The feature will be preceded by newsreels, cartoons and other vintage goodies from the year of the film’s release.

Because we have people in our community that are fantastically amazing, local yoga instructor Lisa Wells has this class that’s designed specifically for those with physical limitations – be they a result of M.S., Parkinson’s, Cancer, A.L.S., those recovering from injury, surgery, or anything else.  This is a great chance for anyone looking to stay active or even reconnect with their body when there may be certain restrictions in play. A great program, spread the word!

Two folks by the names of Braden McDannell and Andrew Christiansen will be hosting this lovely local open mic at Dock 22 each Wednesday night. If you manage to roll off of your caboose in time for the 7:30 p.m. sign up, you too can harness your internal fortitudes and show the world what you’re made of… for about 15 minutes. Unless you drop your pants or something. In that case you’ll probably be cut short.

It’s Christmas Eve, and you’re not Christian, or maybe just awesomely Grinchy.  What are you going to do? Maybe try out one of the great Jewish traditions (which ranks somewhere between Rabbi Hillel and Seinfeld) and enjoy a Chinese dinner (it really doesn’t matter where) and then a movie (we would recommend the Darkside, but again, doesn’t really matter where). For the uninitiated, it’s kind of amazing.  There’s nobody on the streets, the restaurant is nearly empty, and there’s no line for tickets at the theatre. Want to wear sweatpants and an Ed Hardy shirt?  Fear not.  Nobody’s going to see you anyway.  Want to be loud and rambunctious and say things that would normally offend people walking down the street?  It’s worth a try. Want to just walk away from your bill without paying?  Not so fast, bandit.  It’s Christmas Eve, not the wild west.  But you will have fun, and Corvallis will feel like a ghost town… so basically, Lebanon. 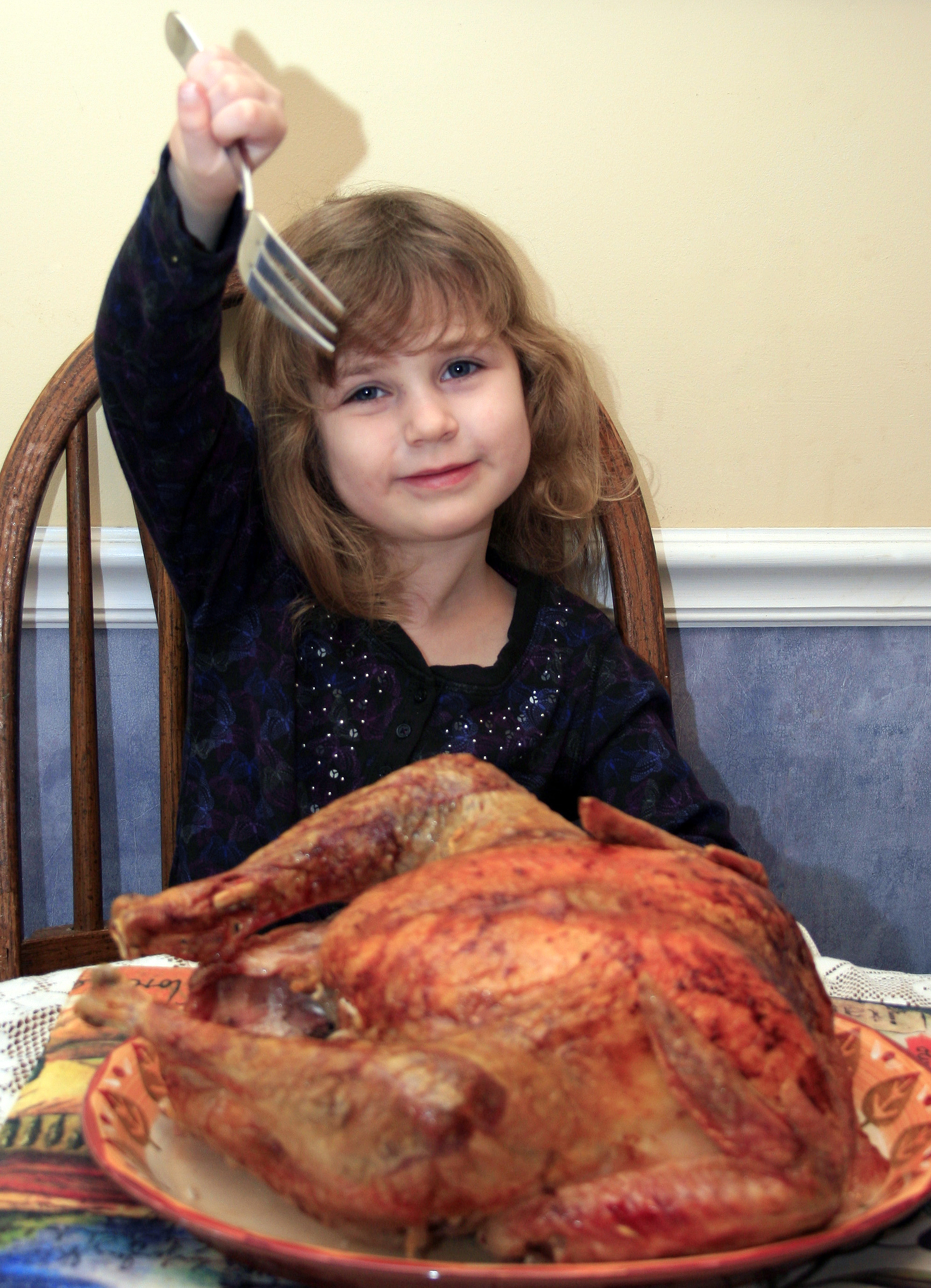 Mistletoe Magic may sound like some kind of festive genre-crossover adult film (you know, with Wizards), but I assure you, it is not. Pay your fee and you’ll be met by a turkey or ham dinner, trimmings (people like those), dessert, a bunch of appetizers, etc. It’ll all be served in a classy, fun setting. Perfect for those without fancy dinner plans on Christmas day. 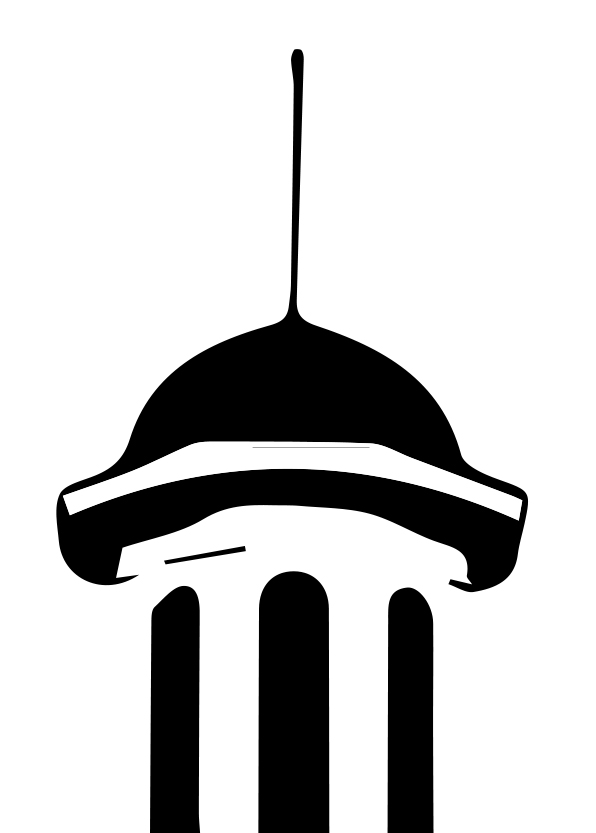 Though it opened last month, this is a truly great exhibit that might help work off that holiday hangover. Running through January 25th, featured artists include Studio 262 owner Jennifer Lommers as well as award-winning artists Jan Maitland and Jan Roberts-Dominguez. Work will including everything from paintings to glass art, jewelry design, drawings and more. And as always, the museum will be packed full of Oregon’s history!

Two great Oregon artists at The Arts Center? Say it ain’t so! Maybe if they had some terrible work in there for once we could get more of a surprise going, but  c’est la vie. Maser’s natural material “combines” are one of a kind and Norlin’s impressionistic approach to photography is both rich and thoughtful. This one is coming to an end on January 10th – don’t miss out! 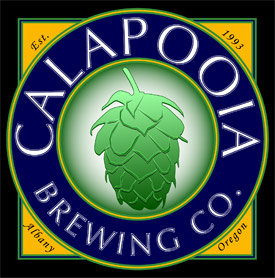 A three piece, multi-instrumental band featuring guitar, cello, flute, and vocals. My first experience of The Incompatibles was a video from a performance of theirs at Calapooia Brewing. They covered The Pogues—and that should be all you need to know, though it doesn’t hurt to mention that they totally rocked Cloud and Kelly’s earlier this month!

I have a belly. I know, I know, but calm down. You do, too. And while this doesn’t necessarily mean we should be dancing with them all… exposed, there’s still one hell of a belly-related dancing performance to be had here in Corvallis. The Corvallis Belly Dance Performance Guild is a non-profit built around musicians, performances, students and supporters of bellydance. This monthly event of theirs is a great alternative to, well, just about anything else. Definitely well worth the outing! 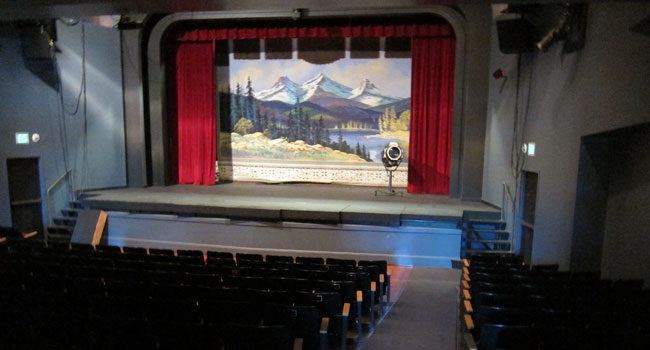 Despite the fact that most of the description offered on the theater website for this work is can be seen as everything from offensive to culturally insensitive, Greetings! is quite good and certainly perfect for the season. If you’ve been to a reader’s theatre at The Majestic, I don’t have to tell you how expertly the events are rendered. For something a little different than watching Rudolph the Red-Nosed Reindeer for the 104th time, subsequently experiencing nightmares thanks to the Abominable Snowman, do yourself a favor and round out the holiday season with a classy performance such as this.

Blues Jam is, contrary to popular believe, not something you spread on wheat bread when you’re sad. It’s when a whole bunch of blues enthusiasts show up to Calapooia Brewing, dump beer down their throats and then either rock the hell out, or kick back and enjoy the tunes. Seriously, you’ve had to listen to Taylor Swift’s latest yammering how many times recently thanks to your kid? Blues Jam is like a colonic for your music mind. 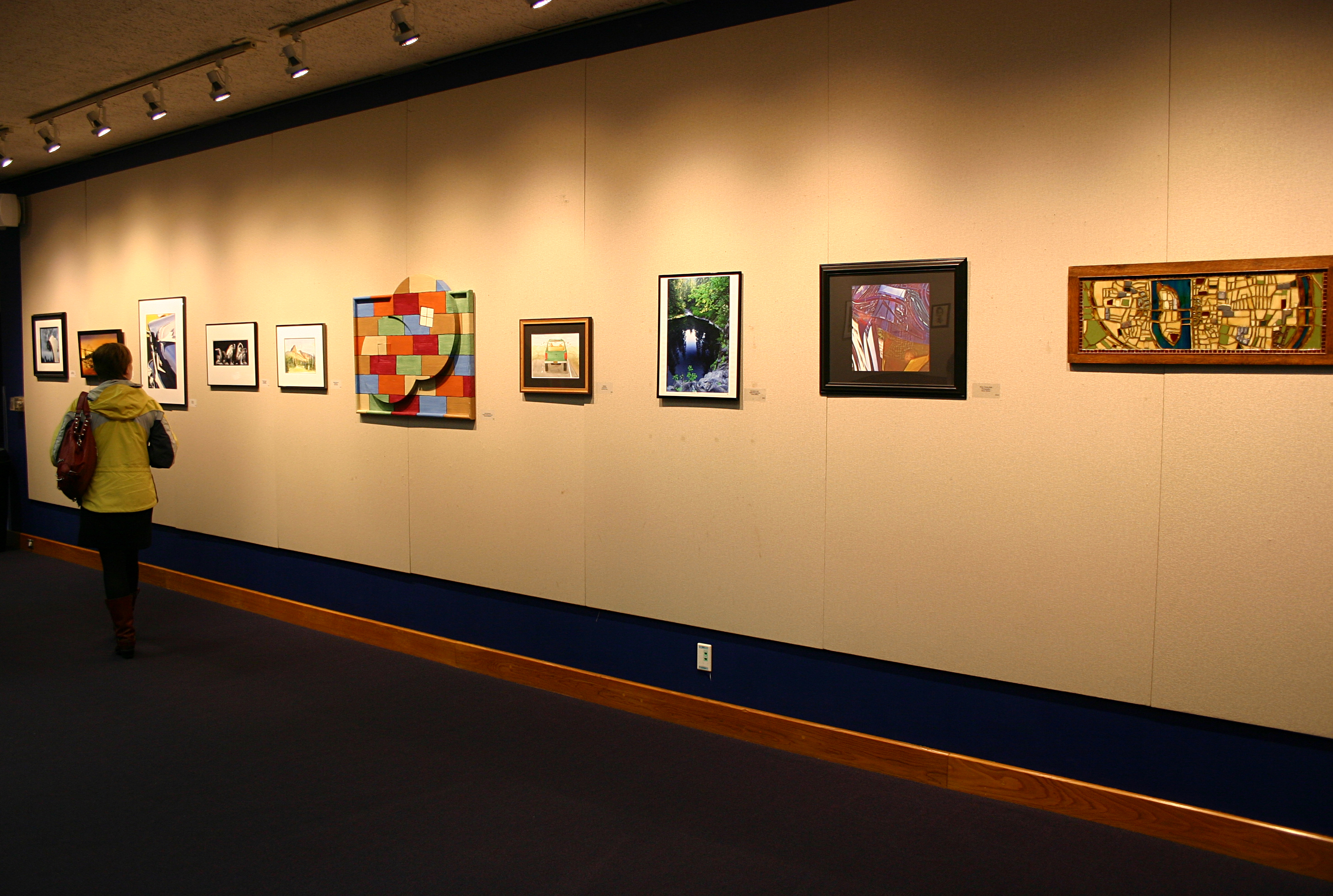 Diving headfirst into its fifth year, OSU’s annual staff show is a very tangible experience that makes one thing abundantly clear: Oregon State has a seriously amazing collection of artists in its employ. Though the exhibit opens today, the show lasts until Jan. 23, with a reception on Jan. 7 from 5 to 7 p.m. This is easily one of Oregon’s best art shows of the year, every year.

This might be your last chance this year to soak up 30+ years of lights, music, cartoon cutouts and all sorts of other holiday frizzlefrazzle. Trust me, this isn’t your grandma’s “let’s go see the lights” drive around the cul de sac. This is hardcore holiday cheer. An estimated 400-700 cars move through the tour every single day, and you should probably be one of them. Seriously, don’t be a weirdo… this bit of Mario Pastega’s legacy is not to be missed!

The last time I purposefully danced, I was probably seven or eight, it was at an Elk’s Lodge, I won a UB40 cassette and I’m pretty sure I saw some guy that was missing a nose. To protect others from my anti-skills, I keep things under wraps… however, you don’t have to. What I consider to be the closest thing to busting a move to something by Willow Smith  in terms of “dances that can give you a concussion,” these Rumbanana sponsored events are a blast and everyone walks away smiling. And besides, you do need to loosen up for New Year’s Eve, am I right?

As You Like It (1936) starring Laurence Olivier, directed by Paul Czinner.  This is the first screen adaptation of Shakespeare to star the man who would go on to be called the greatest actor of all time, Sir Laurence Olivier.  A light and frothy romantic comedy that got a screen treatment from Peter Pan author J.M. Barrie, As You Like It has been filmed several times, but this first version stands out as the greatest. Olivier shines as the dashing Orlando, and Elizabeth Bergner, who had escaped the Nazis to play this role, stars as the lead, Rosalind. As always, Community Movie Night is free and all are welcome. Donations are graciously accepted and benefit the Darkside Cinema renovations. The feature will be preceded by newsreels, cartoons and other vintage goodies from the year of the film’s release.