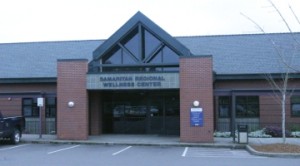 Negotiations between the Oregon Nurses Association (ONA) and Samaritan have come to a close with a passed resolution. Included in the new contract will be a beneficial cap on health insurance premiums for the nurses and a 5% pay increase over the next three years.

Although a new scheduling system known as Kronos is said to be planned for implementation within the next year, there appears to be no immediate solution to the ongoing scheduling problems that have affected both the health of nurses and the well-being of patients. The current system of scheduling includes the use of blocks of 12 hour shifts, shown to be dangerous in countless studies. Sometimes aligned in a 3 on, 1 off, 3 on pattern that creates a 72 hour work week, nurses are the victim of a technicality enacted by splitting these shifts over the weekend – the hours actually appear to be earned over two full weeks on paper. One of the results of this is that Samaritan avoids paying overtime, despite the fact that a nurse can go way over the 40 hour mark in 7 days.

Subsequent to the Advocate’s previous reporting on the scheduling matter, management and ONA revisited the subject in negotiations, and though no immediate solution appears to be on the horizon, a committee is being formed to consider options.