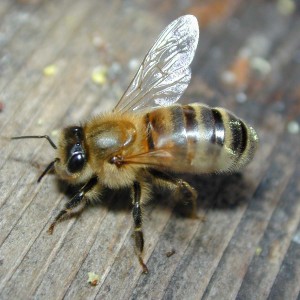 In a small but important win for the increasingly endangered bees, the Environmental Protection Agency (EPA) has suspended the release of a new pesticide – at least until more information has been gathered in terms of its effect on bees. This is great news for Oregonians in particular, as we have been hit hard with what’s known as Colony Collapse Disorder (CCD), a devastating condition that has been linked to pesticide use amongst other circumstances. Most recently, CCD wiped out around 25,000 bumble bees in the Wilsonvillve, OR area – and this was just from trees in a single Target’s parking lot.

Pesticide manufacturer Certis USA is reported to have been delayed for a year or more as a result of the imposition of new testing requirements. The company claims that it is on top of all EPA standards and believes that it will pass the new tests during the delay.

Although pesticide solutions won’t solve CCD on their own, it’s a good start. With bees dying at an alarming rate all around the world, which significantly threatens our food supply amongst other things, every little bit counts.