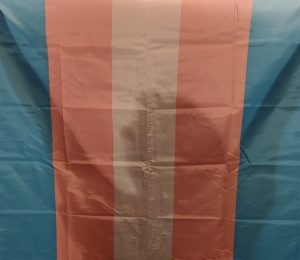 Corvallis is breaking ground in gender policy and will soon be regarded as a model for other school districts in Oregon and beyond. The Corvallis school board has been putting together a new policy for transgender and gender-nonconforming students over the last year. This comes at a crucial time when the rights of trans people, particularly children, to do such simple things as using the bathroom in a safe and gender-affirming way have been threatened by local, statewide, and nationwide transphobic policies.

According to School Board Chair Vince Adams, plans for a new policy began when Adams and now departed director Judy Ball attended a training on transgender issues and began brainstorming on how to create a more, in his words, “radically inclusive” public school environment. Adams is excited that Corvallis would be one of just a handful of school districts in the state with a non-discriminatory policy for trans and gender-nonconforming students; he says Corvallis would really be “pushing the envelope” in terms of gender inclusivity.

The school district has already been practicing anti-discrimination towards trans and gender-nonconforming students; however, the board recognizes the need to establish consistency through a clear, comprehensive policy that covers a lot of ground in regards to classroom and administrative practices and school-parent relations. As definitions of queerness are often in flux, the policy will be fluid and allow for nuanced understandings of identity. The board is working with transgender and gender-nonconforming students in order to create the best policy for the students themselves.

The most exciting characteristic of this new policy is the agency it allows students in navigating their identity at school. Students will have the ultimate say in the names and pronouns they are referred to at school and will have authority over parent involvement. Under the new policy, if a student does not want to disclose their gender identity to their guardians, they don’t have to. The board aims to create a school environment where students feel empowered to be out as transgender or gender-nonconforming, even if they don’t feel safe being out at home. Furthermore, a student’s assigned gender and/or name will not be disclosed unless absolutely necessary — for example, in certain medical emergencies or with issues of safety.

Discussion of gender identity and pronouns will become a regular practice for all students, and both staff and students will undergo training. Traditionally gendered policies such as the dress code will also be revised in efforts to enforce gender neutrality and inclusivity. All students will have access to restrooms, locker rooms, and changing rooms consistent with their gender identity. Private rooms will also be available while any reported discomfort will be addressed to foster a culture of understanding and respect for all gender identities.

When asked if there has been any opposition to the policy, Adams responded gleefully that there has not been much blowback from the public. “Our community is ready for this,” he said. “It’s a big win for us.”