Young the Giant’s Mind Over Matter 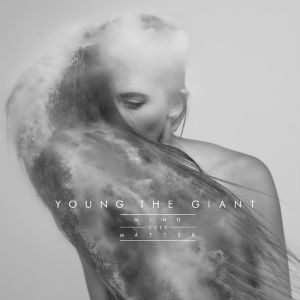 I’m not the kind of guy whose music collection is built on singles. In fact, the concept of only liking one or two songs from a band has always seemed really strange to me. If there’s something special enough to produce one brilliant track, then there is something of use to be found in the others. This is why Young the Giant, an indie rock band out of California, is such a pain in my ass. Released in 2010, their self-titled debut is a 50/50 split. There is no grey area – I literally love half the album and hate the rest. “Cough Syrup” is like nails on a chalkboard and damn near brings me to violence, while “My Body” makes me embarrassingly dance alone in the kitchen, accidentally butchering my sandwich as a result. So now that these tricksters have dropped another album, Mind Over Matter, how does it tip the scales?

Released in late January, the record is now seeing some mainstream radio airplay, which is great news for the band. The first single, “It’s About Time,” is a mature, complex masterpiece. Parts of it sound a lot like the Mars Volta, which is a huge compliment in my book, and really sets the stage for what could be one hell of an offering. Unfortunately, just like clockwork… the second single, “Crystallized,” is a sad, sappy display of pop boringness. So far beyond cheesy, it’s hard not to feel like this is one of those fabled instances of a band being forced to add a radio-friendly piece of crap to their record in order to make it more successful. This is the kind of song I would write if I were telling a joke, and there’d be no way to keep a straight face. What a letdown.

As for the rest of the record, well… it’s sadly forgettable. The songwriting is tight and the production is excellent, but aside from “It’s About Time,” there’s nothing that’s going to be too terribly memorable here. The album ends well, with the final four tracks, “Eros,” “Teachers,” “Waves,” and “Paralysis,” feeling markedly less flat than the rest of the record. But first you have to take a gooey dip into the 80s for two slower tracks around the center…. and they’re just… not good. Blah is the word that comes to mind. A dull, aching, blah.

Overall the record is a huge improvement on their debut in a technical sense – it does sound really lush and full. If you like modern indie rock with an ultra-high production value, definitely check this record out. However, personally, I’m really starting to wonder whether or not this band’s songwriting capability is ever going to consistently rise above the technical and produce something with a little humanity. Imagine if you took a handful of truly great songs and removed the one hook that made them stay with you forever. If that skill ever becomes marketable, these guys will have job security forever.

A worthy listen, but still, a disappointment.