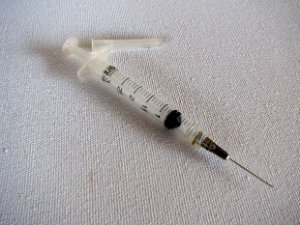 Name that Cafeteria!
by Johnny Beaver

Towards the end of March, renovations will begin on the Good Sam cafe. According to a newsletter they put out titled Well Informed, these changes are going to include “upgrades to enhance the food offerings and convenience for staff, patients and visitors.” No word yet on what exactly any of that means, but hey, baby steps might be in order for a company that outsources their cafeteria tomfoolery to the oft-boycotted megacorp Sodexo.

But let’s get to the good stuff. No, not the cream filling. This…

Good Sam departments were able to collect and submit name suggestions for this new cafeteria by January 30. The deadline has now come and gone, but the real shame is this quote from the aforementioned newsletter: “No restrictions – just be respectful, politically correct and creative.” I ask you, honest citizens of Corvallis, how the hell one is supposed to be creative while pinned down by those other two awful requirements? Personally, I feel let down.

In the spirit of it all though, here are some suggestions of my own. Maybe if you squint and look at the new sign (when it goes up) just right, it’ll look like one of these…

You know, I hate to point out the obvious… but sometimes it just has to be done. Logging onto my beloved Huffington Post this morning, I was greeted by the following headline; “HEROIN USE UP 79% [picture of Philip Seymour Hoffman].”

I’m a long time fan of Hoffman and, while many of us saw this coming, it was still terrible news. However, wait a second… is heroin just NOW up 79%? I mean, since he died?

It has occasionally been poked at for just over a decade now that the numbers are on their way back up in a big way. So maybe I should help out the editors over at the Huffington Post a bit and rewrite their headline:

There. That’s much better.

Both supporters of and protestors against our current wars largely believe that we should protect and provide for our troops when they come home from service. One way we attempt to do this is through retirement and survivor benefits and yearly cost of living adjustments. However, a recent backroom budget deal made by Democrats and Republicans cut these benefits by 20%. According to Iraq and Afghanistan Veterans of America (IAVA), for a retired E-7 (a sergeant first class in Army speak), that could mean the loss of $83,000 in retirement savings over the course of their lives. IAVA is calling for a full repeal of benefits cuts for veterans and surviving family members. It is a tremendous fail that defense cuts were taken from our troops, instead of from wasteful spending on government contractors and sweetheart deals.

For more information on this legislation, and how to help the effort to get it repealed, visit www.iava.org.